Do you network? It’s very helpful and not hard to do. Find out why you should network and get tips on how to succeed at it here.

We’ll get into that in just a moment, but before, let’s make sure you understand the importance of networking in the first place.

What percentage of jobs are filled via networking?

Estimates vary, but the range is from 70—85 percent. That’s A LOT of jobs which aren’t posted anywhere! Candidates are chosen from people these employers already know.

What percentage of recruiters use networking sites?

LinkedIn is one of the primary networking sites. Data shows that 90 percent of recruiters use it. In other words, people with a LinkedIn profile are going to have a big advantage.

But networking is more than just for future jobs

As an international student, you are away from your usual “network” of family and friends. Expanding your contacts can help you feel more at home in your new surroundings. It’s also a good idea to have people nearby on whom you can count for advice and help, if needed.

As an international student, you have natural opportunities to network, even before you think about an online presence or not.

1. Get to know people

The main idea of networking is that people know people. As an international student, you are going to meet a lot of them. It’s time to next level your “sociability” and be more outgoing. Take advantage of opportunities to get to know a wide variety of people.

First category: fellow students. Roommates, dorm mates, people in your classes—all have potential. Want to narrow it down? Join a student organization such as the newspaper to meet more “like-minded” people.

Take the contact details of anyone who you “connect” with. These are most likely the people who you are going to stay in touch with.

Second category: professors. Any professors are good but especially useful are those in your field. They will have contacts inside and outside academia. You probably already have their phone numbers from the university website. Keep them. Who knows where that could lead?

Do you go to the same restaurant and have the same server? Strike up a conversation. Perhaps they have a partner/family member/friend who could be helpful. Just because a person works somewhere doesn’t mean they don’t know people who work in other places…places you might want to work in.

What about the people you sit next to on busses, trains, and airplanes or stand near in long, slow lines?

Besides improving the soft skills  employers are looking for (and enriching your c.v. [resume]), you are going to get to know a lot of great (and future useful) people.

You say you are not outgoing? That it is difficult for you to talk to people , especially to be the one who starts the conversation?

You are not alone. The good news is that being social is a skill which you can develop. Try these 3 tips to help you.

Tip 1: Whatever happens is ok. It is, really. It may seem horrible at the moment, highly embarrassing even, but quite soon, it will not make any difference to your life as a whole. Someone didn’t want to speak with you or the conversation was a bit lame. So what?

Tip 3: Keep at it. Like most things, the more you practice, the more skilled you get. Consider that being sociable is something which many future employers are looking for since lots of jobs require teamwork. Keep this in mind to motivate yourself to stick with it. Eventually, at your own pace, it will get easier…and even more enjoyable.

2. Have an online presence

We mention LinkedIn because at the moment, it is the preferred business networking site. The current numbers show that

And even though LinkedIn doesn’t have as many users as Instagram (1 billion) or Facebook (2.5 billion), it is a professional, business networking niche site for its 675 million monthly users. This makes it the preferred choice for international students interested in networking.

As you begin building your network, keep in mind these words by businessperson, Christine Comaford-Lynch: “Networking is marketing. Marketing yourself, your uniqueness, what you stand for.” The rewards (both personally and professionally) will be worth your effort.

suggest link to our article from the student point of view

Prepare for your consulting interviews. Work on the world’s most challenging problems. Deliver transformation and craft a powerful story.

Not everyone needs to write code. But you should be on top of the latest technology trends.

Start with an idea. Leave with a validated roadmap to build your company.

What else would you like to see in the High Bridge Program?

We are building it for you. What you tell us has true impact.

Tuition Fee at High Bridge is payable only if you successfully land a job. Check current conditions in our brochure.

Register Now No, thanks 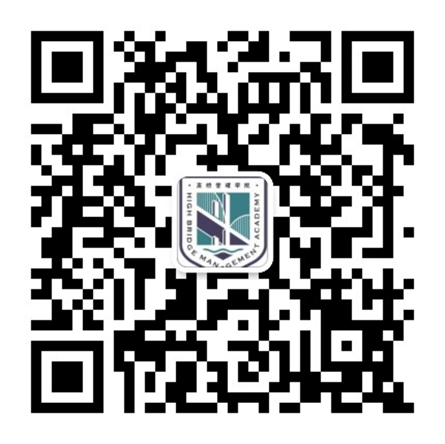